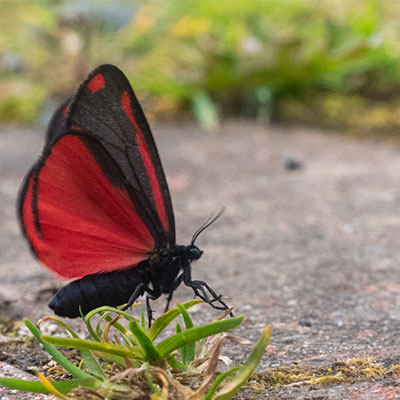 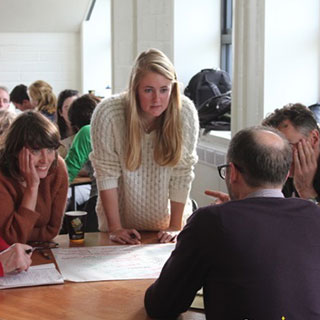 Cloughjordan Ecovillage, founded in 1999, is Ireland’s first ecovillage.  The ecovillage is located in Co. Tipperary.  After almost a decade of co-operative development, our first residents moved into their homes in 2009.

Our aim is to serve as a model of sustainable living, that can be an education, enterprise, research and service resource for all. We work to; minimise pollution to the air, water and land; demonstrate a new approach to rural regeneration; facilitate systems whereby people can create local and sustainable work; and provide for the cultural, artistic and non-material needs of the residents of the village and surrounding community.

We are pioneers in sustainable living. This has led to a number of achievements such as: being a finalist in the 2020 Transformative Cities awards, President Michael D. Higgins opening our Amphitheatre in 2017, being selected for the European Union’s MILESECURE-2050 project, and winning a gold medal in the 2013 “Green Oscar’s”.

Identification of Cloughjordan as the possible location of the Ecovillage

Ecological Charter completed and agreed by the membership

Drafting of the Master Plan and other key documents

Submission of application for planning

Purchase of the 67-acre site

Launch of the house build phase

Planting of 17,000 trees in the community woodland

Eco-hostel opens to the public

50 homes built or under construction

Winner of International Award for Liveable Communities, the Green Oscars, hosted in China

Cloughjordan Ecovillage has an ecological footprint of 2 global hectares (gHa), the lowest of any community recorded in Ireland.

The opening ceremony of the Cloughjordan Amphitheatre with President Michael D. Higgins

Sustainable Projects Ireland first pitched their idea of Ireland’s first ecovillage to the public in the Central Hotel, Dublin in 1999. After searching for a site for three years, the 67 acre site in Cloughjordan was chosen. Although the financial crash of 2008 caused a major setback to the project, with many planned residents dropping out of the project, hard work and determination kept the project going ahead. In 2009 the first residents of Ireland’s first ecovillage proudly moved into their newly constructed homes in Cloughjordan Ecovillage 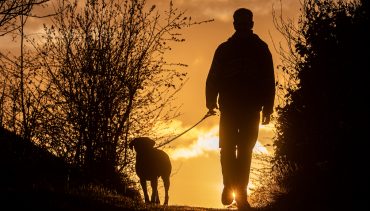 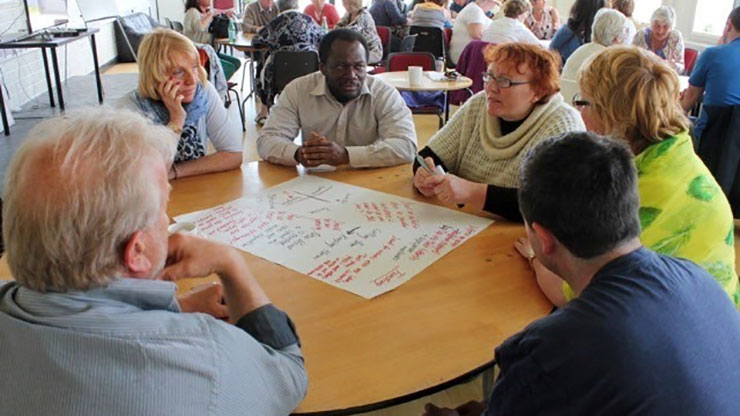 Debt, planning battles, and a mountain of volunteer work: The true cost of running an ecovillage 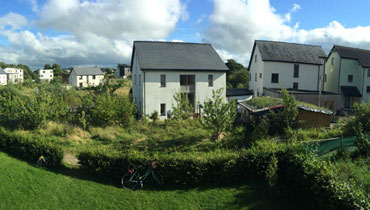 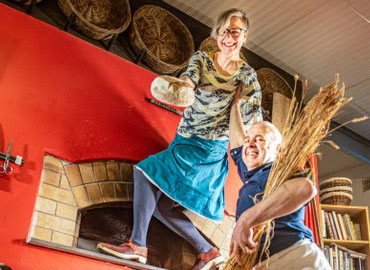 The Ecovillage hosts a vibrant network of learning providers and enterprises based in or around... 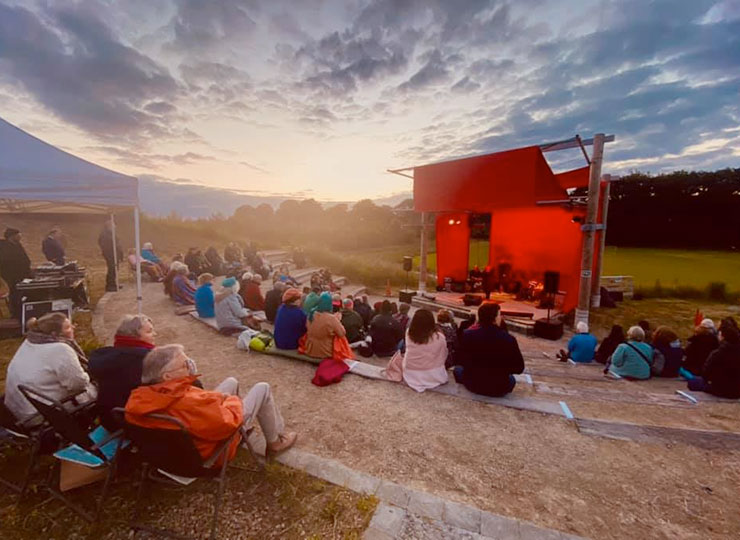 There are a number of places that may interest any visitor to Cloughjordan. All within... 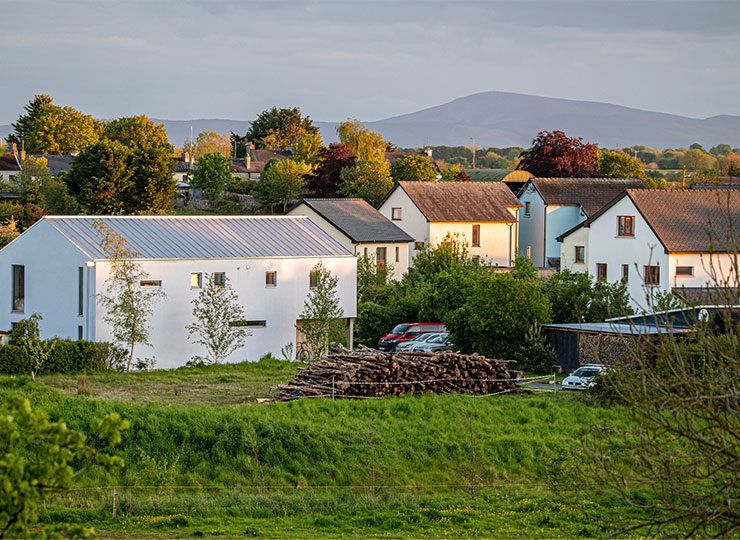 Cloughjordan is a small town with lots going on. Here is a list of shops...

What they say about us

Renewable energy heating, energy-efficient homes, biodiversity, local produce, the freedom of children to play, encounter nature, green enterprise centre, solar to wood part community heating, many acres devoted to allotments, farming, thousands of native trees – All of this is an agenda about life and hope and our planet, and The Village stands as an impressive and encouraging testimony to all that can be achieved – and I think what is so important is that this has all been merged and bonded with the existing town

Leaving Cloughjordan, I find myself inspired by the success of the community’s efforts. They’re demonstrating that it is possible to reduce emissions by tackling the key areas of home heating, food, transport, and power.

Ultra-modern, durable, energy-efficient homes that are innovative and funky are only part of what the Cloughjordan project is about – it’s also about building a resilient, vibrant community.

The village as a way of living is something we’ve had for millennia….our villages need to rethink their heart..

This option of being able to build your own home within a village is quite unique in Ireland.

I am so grateful to have SPI as a partner in educating my students.  Immersion experiences at the Cloughjordan Ecovillage are an invaluable tool for teaching Environmental Studies today. The ecovillage is a living laboratory of sustainability and provides an antidote to all the doom and gloom students perceive in so many environmental courses these days.  They get to meet real people experimenting with and modeling all kinds of practices they can take home and put to work in their own homes and communities.

The following comments exemplify the reflections of most of my students:

“I learned more about community, hard-work, and communication here than I have in my college career,” and “Knowing about Ecovillage existence has given me a hopeful and grateful feeling.”

Our Board of Directors are ecovillage residents that ensure that Cloughjordan Ecovillage serves as a model for sustainable living. The Board is currently working towards moving the ecovillage along a new stage of development. 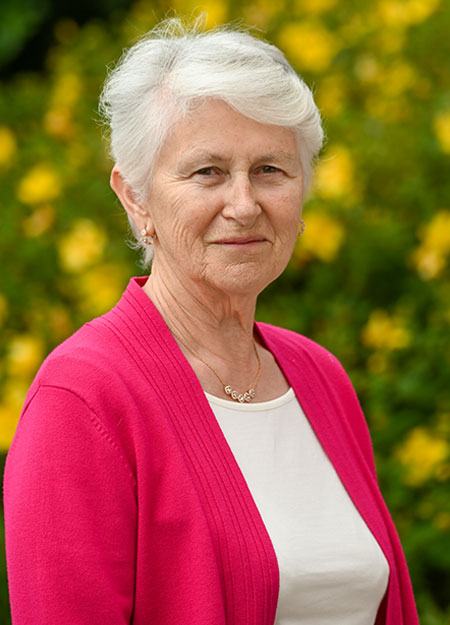 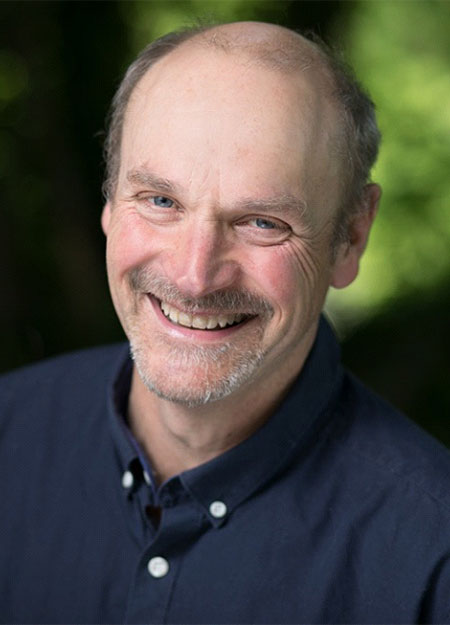 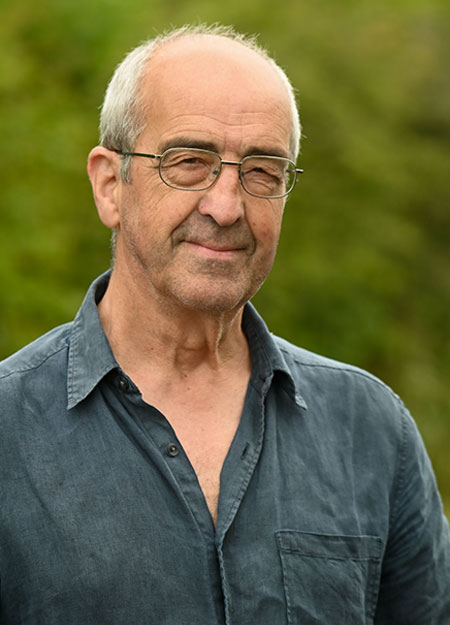 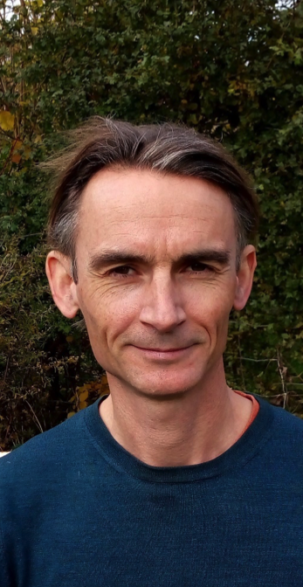 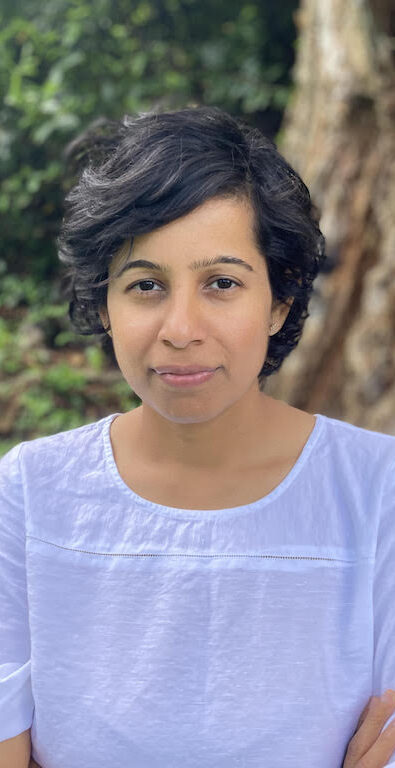 Una Mac Namara is a long time resident of the Ecovillage. She has a deep interest in, and concern for, nature and the environment. She has been involved in many aspects of Ecovillage life, with a strong commitment to our education remit. Una is a retired Primary School Principal with a certificate in Management and a Masters in Ecotheology. She engages her past experiences and education to contribute to life in the Ecovillage.

Andrew has worked as a professional actor, theatre director, and film producer for more than 25 years in Ireland and the UK. He has an MA in Theatre studies from DCU. He has been a member of the Cloughjordan Ecovillage project since 2004. He and his wife Deirdre have built a cob and straw and bale house by hand in the Ecovillage. He is very passionate about sustainable, low impact living. Whilst building their cob house, Andrew and his family lived in a yurt in an orchard for 6 years.

Stephen Peel is a civil engineer and hydrogeologist – now retired, after running a consultancy in Dublin for many years. He has lived in Cloughjordan since 2012, involving himself in maintenance of aspects of the Ecovillage infrastructure. He has a deep interest in environmental matters and enhancement of the Ecovillage land, and is engaged with the CSA community farm. He has a wide interest in the arts, with a long-standing love of choral singing.

Mark Doris has been a member of Sustainable Projects Ireland for over 15 years, and this is his second period serving on the board: the first period was when the Ecovillage land was purchased; he also chaired the first Sales Group. He has been active in human rights and justice campaigns and organisations for 30 years, including serving on the boards of Afri and the Irish Fair Trade Network. He founded West Papua Action in 1996 and led it for 10 years, and was on the steering committee of the Table Campaign which campaigned for human rights and dialogue around the conflict in Ireland. With degrees in Literature, Translation, and Physics, he works as a translator, editor, writer and consultant and is training to be a certified ChiRunning Instructor. He recently edited “Creating the Future We Want”, a 2020 report on Camphill Communities in Kilkenny and South Tipperary. Together with Kristina Lomas and Fiona Nolan, he helped draft the SPI Roadmap 2021-25. He lives in the Ecovillage with his family.

Vasudha Krishna Murthy moved to the Ecovillage nearly 2 years ago drawn by her desire to live closer and engage more deeply with nature, food and community. She works in the field of cyber security and has a master’s in digital forensics. Vasudha is keen to learn more about and contribute towards self and community resilience in the Ecovillage as part of her interest in localisation. She is also interested in learning about nature-based stories and rituals of our ancestors.